Who was Melchizedek? How does Melchizedek connect to Jesus? What does this have to do with us?

GENESIS 14:17-24 After his return from the defeat of Chedorlaomer and the kings who were with him, the king of Sodom went out to meet him at the Valley of Shaveh (that is, the King's Valley). 18 And Melchizedek king of Salem brought out bread and wine. (He was priest of God Most High.) 19 And he blessed him and said,

And Abram gave him a tenth of everything. 21 The king of Sodom said to Abram, “Give back my people who were captured. But you may keep for yourself all the goods you have recovered.” 22 Abram replied to the king of Sodom, “I solemnly swear to the Lord, God Most High, Creator of heaven and earth, 23 that I will not take so much as a single thread or sandal thong from what belongs to you. Otherwise you might say, ‘I am the one who made Abram rich.’ 24 I will accept only what my young warriors have already eaten, and I request that you give a fair share of the goods to my allies—Aner, Eshcol, and Mamre.”

Who was Melchizedek? Melchizedek is the image of the kingdom as God intended

HEBREWS 7:1-3 This Melchizedek was king of the city of Salem and also a priest of God Most High. When Abraham was returning home after winning a great battle against the kings, Melchizedek met him and blessed him. 2 Then Abraham took a tenth of all he had captured in battle and gave it to Melchizedek. The name Melchizedek means “king of justice,” and king of Salem means “king of peace.” 3 There is no record of his father or mother or any of his ancestors—no beginning or end to his life. He remains a priest forever, resembling the Son of God.

PSALM 110:1 & 4 1 The Lord said to my Lord, “Sit in the place of honor at my right hand until I humble your enemies, making them a footstool under your feet.” 4 The Lord has taken an oath and will not break his vow: “You are a priest forever in the order of Melchizedek.”

How does Melchizedek connect to Jesus? Jesus is in the pattern of Melchizedek

HEBREWS 7:24-25 But because Jesus lives forever, his priesthood lasts forever. 25 Therefore he is able, once and forever, to save those who come to God through him. He lives forever to intercede with God on their behalf.

What does this have to do with us? We can be a part of the kingdom God intended

HEBREWS 10:23-25 Let us hold tightly without wavering to the hope we affirm, for God can be trusted to keep his promise. Let us think of ways to motivate one another to acts of love and good works. And let us not neglect our meeting together, as some people do, but encourage one another, especially now that the day of his return is drawing near. 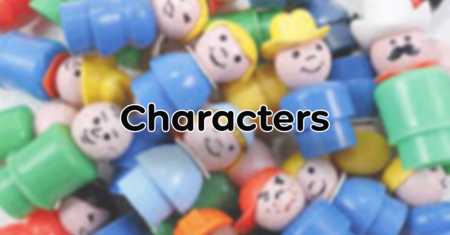